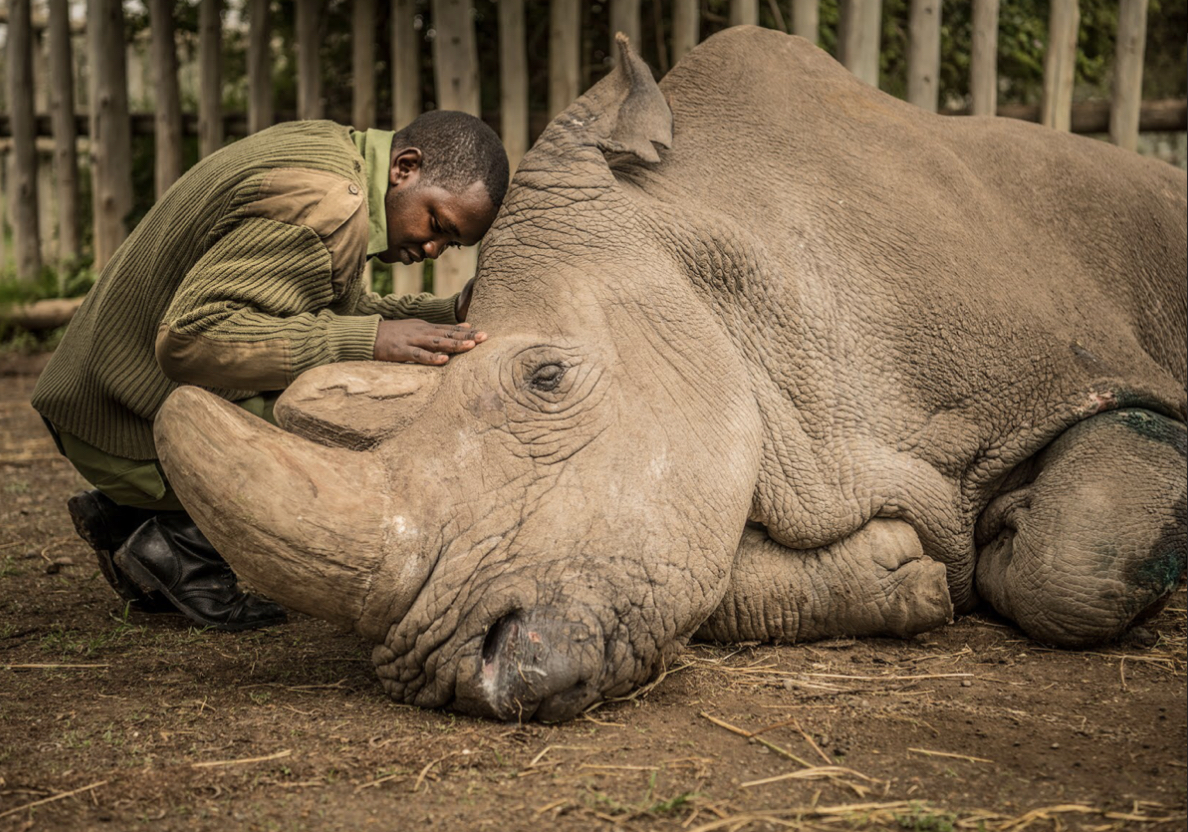 Described as one of the most important photographs of 2018 is an image taken by photographer Ami Vitale called The Last Goodbye. The image features Joseph Wachira comforting Sudan, the last male Northern White Rhino on the planet, moments before he passed away on the 19th of March 2018 at the Ol Pejeta Conservancy in Kenya.

This image and and others of Sudan are a necessary reminder that humankind has failed this species. Sudan was a captive northern white rhinoceros that lived at the Dvur Kralove Zoo in the Czech Republic from 1975 to 2009, he spent the rest of his life at the Ol Pejeta Conservancy in Laikipia, Kenya.

At the time of his death, he was one of only three living northern white rhinoceroses in the world, and the only last known male of his subspecies. Sudan was euthanised on the 19th March after suffering from age-related complications.

One of the other three rhinos transported to the Ol Pejeta Conservancy, Suni died in 2014. Sudan lived his final years of his life with his daughter Najin and granddaughter Fatu.

They were guarded twenty-four hours a day at the conservancy to protect them from poaching, which is a major problem for rhinoceroses. The protection included, horn embedded transmitters, watchtowers, fences, drones and armed trained guards with guard dogs.

This image taken by Ami Vitale features in the British Natural History Museum The People’s Chose Award for 2020 WILDLIFE PHOTOGRAPHER OF THE YEAR.